Farol Santander São Paulo Sao Paulo
teamLab: Impermanent Flowers Floating in an Eternal Sea
teamLab has been exploring how humans understand the world, its perceived boundaries, and the perception of continuity itself.

This exhibition comprises artworks based on teamLab’s concept Ultrasubjective Space.

When the world is cropped by lenses or perspective in a moving image, the space in that image appears to exist on the other side of the screen, and the screen becomes a boundary. When our viewpoint is fixed, we lose sense of our body, and because our perception is narrowed to focus on a single point, we are easily put in a hypnotic state where intent and critical spirit are lost.

The screens of works based on Ultrasubjective Space do not become a boundary, blurring the borders between the space of the viewer and the artwork. Because the viewpoint can move, we can walk freely while looking at the image, and by not creating a focus, it becomes possible to expand perspective infinitely. The eye is not guided anywhere, enabling us to view the image with freedom of intent.

The flowers in this exhibition repeat the cycle of life and death in perpetuity, blooming and scattering under the influence of visitors. By making people a part of the artwork, the boundaries between the world of the artwork and that of the viewer are blurred.

In Continuous Life and Death at the Now of Eternity, flowers change daily along with the real-time seasons. The artwork world becomes brighter and darker together with Sao Paolo’s sunset and sunrise.

By actively perceiving the world through their entire body, we hope that visitors will experience the space and time created by artworks that are continuous with the body without boundaries. 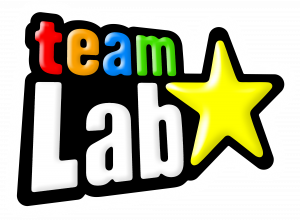